Our portfolio companies have all been carefully selected. We only invest in businesses we truly believe in. Some of them are just starting out, and others are now well on their way. All of them have the potential to become the leading companies of tomorrow.

Dencrypt
Dencrypt wants to enable everyone to communicate in confidence

Paqle
Automated collection and monitoring of all online media news

Princh
Princh is an intuitive, user-friendly and cloud-based printing solution which aims to become the standard for printing and payment in public space.

ReStudy
Homework help - when you have the time and desire

Scopito
A SaaS platform for storing, analyzing and sharing large amounts of images

SensorA
Digitalization of traps for pests 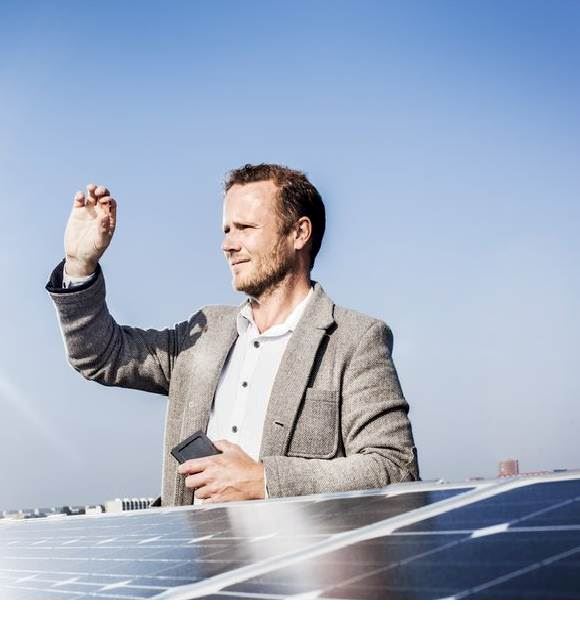 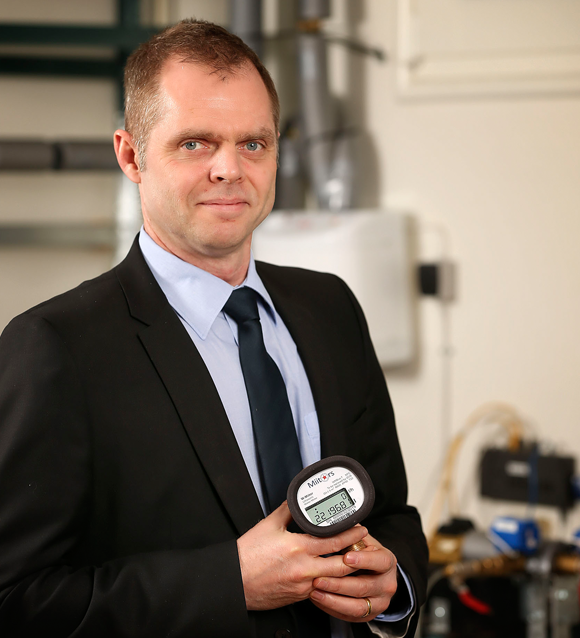 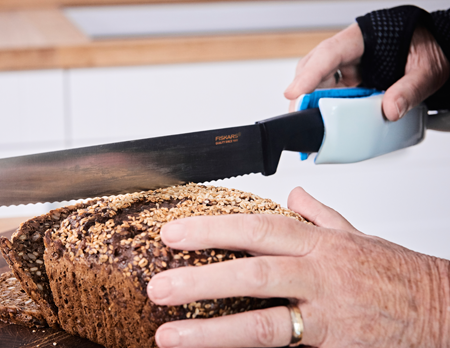 A helping hand
The idea is so obvious that you would think the product already existed on the welfare technology market. The fact is, however, that the creative minds at Als-based Manuxa launched a patented world sensation in 2014.
Read more
Case 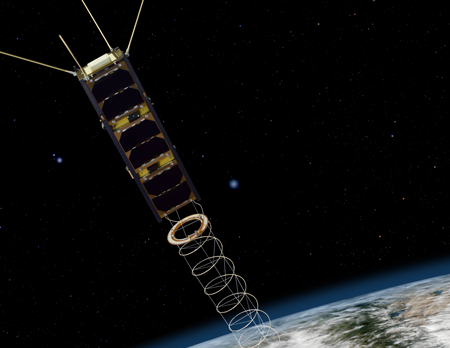 A commercial adventure in space
In nine years, space tech company Gomspace has grown from small start-up to exporting satellites to more than 40 countries. After going public, they now have their sights on disrupting the mainstream satellite business. Borean Innovation helped the company get off the ground.
Read more
B

Since the decision to phase out the Innovation Incubators, SIU has worked on a specific model to handle all the portfolio companies, which are currently held by the Innovation Incubators. In April 2019, SIU released an EU tender, in which interested entrants could bid for the task as Manager of the State's investments during the period 2020-22 with the aim of divesting the companies during the same timeframe.

During May 2019, Borean Innovation A/S was selected as one of the future Exit Operators, thus contributing to settling loans and ownership interests in Borean’s current approx. 60 portfolio companies. In parallel, Borean Innovation A/S continues to develop the existing portfolios and, not least, assisting the companies in the process of attracting external capital.

A commercial adventure in space 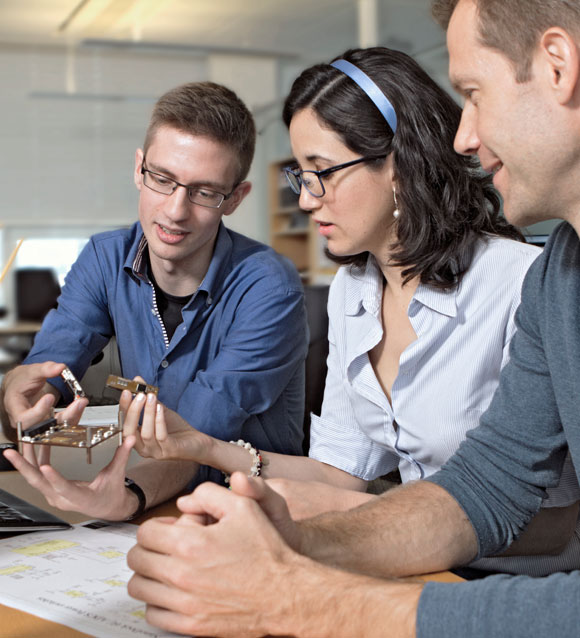 In nine years, space tech company Gomspace has grown from small start-up to exporting satellites to more than 40 countries. After going public, they now have their sights on disrupting the mainstream satellite business. Borean Innovation helped the company get off the ground.

For the company Gomspace, June 16 2016 represents a major milestone. When the Stockholm-based First North stock exchange closed, Gomspace had gone public and sold shares for 100 million SKK. Additionally, a group of investors subsequently bought shares for another 25 million SKK. With the IPO, Gomspace has now raised enough capital to realize their next goal.

Borean has provided the framework for the birth of the company. This has been completely vital to us.

- We are now in the initial stages of getting established in Singapore and the United States. The first step is setting up sales offices, but in the U.S. we will also have a technical facility at some point. We are also going to be doing a lot of product developing. We are especially focused on increasing operational life in space. The variation of temperature is quite extreme in space – it is comparable to taking the electronic equipment from a warm oven and putting it into the freezer and back again, every time it orbits the earth. An it does that in an hour and a half, explains Gomspace CEO Niels Buus and continues:

We are also going to build a new production facility and incorporate an EPR system into the company. Additionally – I kid you not – we are in the process of establishing a company in Mauritius which is going to launch equatorial satellites, servicing Africa. So we have a lot going on. To put it simply, we are investing 80 million. So we have to make sure, we do it right.

Before the IPO, the company many years becoming established as a nanosatellite market player. They gained a competitive edge on the international market with their small satellites which –unlike larger, expensive satellites – cost only a few million.

- We can deliver satellites that cost between a hundredth and a thousandth of the prize of a large satellite. That is how big the difference is, says Niels Buus.

- What is unique about Gomspace is that we started selling our products when the company was just one month old. Unlike our foreign competitors, we cannot survive on government support. Our growth has been purely commercial. And that gives us an advantage compared to many others.

Borean Innovation believed in us

Borean Innovation – formerly known as NOVI Innovation – believed early in the founders’ ambition to develop small, commercial satellites. Consequently, the innovation incubator has played a crucial roll in the establishment of Gomspace as a company. As CEO Niels Buus expresses it:

- Borean has provided the framework for the birth of the company. This has been completely vital to us. They have a very good understanding of what it takes to start a company. The manage to give it a place where it can grow. And that is a special mindset. They are more “let’s see what they can do!” instead of “they probably can’t do it”. In my opinion, that is very important. 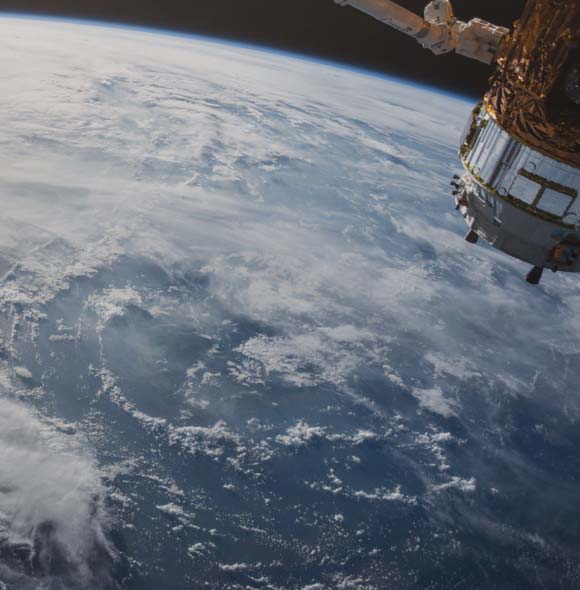 Turning the industry upside down

With the IPO safely in place, Gomspace are now in a position to fulfil their ambition and disrupt the entire satellite business.

- What we are going for is changing – disrupting – the entire satellite business by providing satellites that are far, far cheaper and that let us distribute the satellite capacity across the globe. Instead of a few large, expensive satellites, we can build for example 60 satellites at a much lower cost than the building prize of a single large one. From that you can create a service that covers the globe continually much, much cheaper, explains Niels Buus.

What is a nanosatellite?

A nanosatellite is a small cube or frame that contains various circuit boards which include communications equipment, computer controls, power supply, solar panels and unfolding antennas. A copper coil allows the satellite to be controlled in relation to the earths magnetic field.